Are you looking for a quick hookup over the next couple of days?

You can post your Speed Date here and all the members in your area will be notified of your speed date.

You can book your next stay at Jardin de Babylone directly from your SpicyMatch profile. Click here to request a quotation

Click here for the hottest selection of SpicyMatch Official Merchandise.

BE WICKED FOR A WEEK!

You can book your next stay at Jardin d'Eden directly from your SpicyMatch profile. Click here to request a quotation

D is for Desire, Dr Shelley's A-Z of Sex 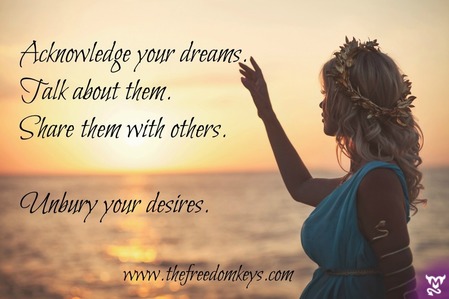 Creating desire on an on-going basis is one of the keys to a successful, long-lasting relationship. Desire is flirting like you did when you first met and desired each other. Desire is creating that want over and over again. It is so easy to fall into the same old same old. Keeping your body sexually desirable, dressing up in sexy outfits, lingerie (for guys and girls), sexting your desires to your loved one, telling them what you would like to do to them or have them do to you when you next meet.

One area I work a lot with, with couples and individuals, is fantasies. What would they desire most sexually? It gets them thinking about different sexual scenarios that they would like to fulfill, either secretly or with their partners.

Sometimes fantasies and best just left as fantasies and used in the heat of the moment to push each other to that peak. One fantasy my partner has on an on-going basis is that I pick up on a stranger when I am off on one of my trips and that I seduce that person and have wild and passionate sex. So sometimes to get us in the mood I will tell him a story from one of my travels. He Iikes details so I give him details. Lots of juicy details. He especially likes it if I take a photo and send it to him when I am traveling. It turns him on massively! What really sends him over the top when we are making love is when I tell him I want to have a gang bang and have 4 guys come inside me and then for him to go in straight afterwards. He loves that fantasy!

A couple I worked with over many years, shared several fantasies with me that I helped them create into reality. That worked really well for them. Every six months or so we would reconvene and they would share with me their next fantasy… one they had talked about many many times, that had turned them on whilst contemplating it.

But sometimes the fantasy is better than the reality - and that’s OK too. You live and learn!

One couple who were about to get married wanted to experience a threesome with another woman before their wedding. They had talked about it and fantasized about it for months and it had been a great source of stimulation for them both. But when the scene finally outplayed the husband-to-be couldn’t get a hard on. Every time they had fantasized about it in the past he had got a raging woody but when faced with the actual possibility of being with another woman sexually with his bride-to-be watching, he couldn’t perform. He was devastated! I explained it was actually very normal. Feeling overwhelmed, especially for a guy, is quite common. I said to enjoy the memories of the encounter and allow himself to be turned on by the actuality of it when making love to his new wife. I also suggested that he share how much he loved her for helping to create that scenario and how much he is so happy she is his wife.

Further down the track, into their marriage, they contacted me again. This time he really wanted to see his wife with another man. Apparently his fantasy had shifted to the idea of watching his young wife being desired and pleasured by another, a guy this time. He was willing to experience that and see how he reacted to it. How cool is that!!! A newly wed couple already looking at how they can keep their marriage alive and sexually stimulating!

What are your desires and fantasies?

Do you have any kinky scenes you imagine or like to envisage when you make love, or that turn you on? Are they desires you wish to explore more or are they fantasies you wish to keep as a fantasy?

Take time to reflect on what really turns you on. What are you deepest desires. How kinky can you get? Then write them down or start verbalizing your innermost desires to your partner, if you have one, or to your higher self. You never know when what you visualize will come to pass. Play the scenario through your mind and see it outplay to your sexual satisfaction.

Visualization is very powerful. As the saying goes, “Be careful what you wish for, you just might get it all!”

So be aware of the power of the mind. We create our own realities. So spend some time feeling out your desires and fantasies and see how your body reacts. Is this a fantasy best kept a fantasy or a desire you desire with your heart and soul?

Sometimes you won’t know until you try. Maybe the reality is not as spectacular as the fantasy. But at least you know.

Many times in relationships there is a desire for someone else, outside of your relationship. And sometimes that desire is so overwhelming that you simply have to go with it. Many times living out that overwhelming desire is enough to help you realize that it was better as a fantasy and that you prefer to keep it that way. Other times, maybe the fantasy becomes a reality and it works out perfectly! It doesn’t necessarily mean a divorce or separation.

I know many people who have incorporated another significant other or others into their relationships very successfully. The concept of polyamory - many lovers. I would consider myself to be polyamorous. I feel I can love multiple people and have several sexual loving relationships (men and women) in my life. It takes some juggling but my fantasy of having more than one lover on an on-going basis with continued sexual adventurism is, in fact, my reality. That’s how I live my life. This way of life may not be for you but as I said, you don’t know until you try.

Be the Sexual Adventurers that you are and live your desires and explore your fantasies!